San Bernardino, California – Stater Bros. Markets is excited to announce that plans are in place to build a new store at the southeast corner of 4th Street and Haven Avenue in the city of Ontario, California. The store will be newly constructed from the ground up and will anchor The Collection Shopping Center, developed by Lewis Retail Centers.

The upcoming supermarket will stand at 55,000 sq. ft. and will feature full-service meat, seafood, service deli and bakery departments; a vast selection of fresh and healthy offerings; spacious aisles; and a décor scheme reflective of the local community. In addition, the store will implement eco-friendly practices such as the use of energy-efficient equipment and energy-saving LED lighting.

The new store will bring 150 new jobs to the area and will mark the company’s fifth location in the city of Ontario.

“We are excited to continue our commitment of growth and investment in local Southern California communities,” said Stater Bros. CEO Pete Van Helden. “Our product offerings and meal solutions will make for an exceptional shopping experience for the residents of Ontario, Rancho Cucamonga and surrounding areas,” Van Helden concluded.

Lewis Retail Centers plans to commence construction no later than the end of 2021 with Stater Bros. expecting to break ground in the spring of 2022 and opening in winter 2022.

“The new construction of Stater Bros. will bring in-demand convenience to the surrounding community where residential population continues to grow,” says Randall Lewis, Executive Vice President of Marketing at Lewis Retail Centers, noting that roughly 3,900 housing units are under development nearby. “Adding an anchor grocery store to The Collection Shopping Center represents our dedication in ensuring each of our retail centers offers ease and a positive experience for both tenants and consumers.” 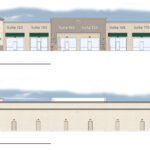 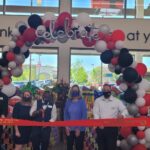