The grocery chain has officially broken ground and started construction for a new store at Steamboat Parkway, according to Lewis Retail Centers. The new Safeway is expected to open its doors by spring next year.

“When we initially planned Damonte Ranch Town Center, we felt that the location would be perfect for a high-quality neighborhood grocery store like Safeway,” said Robert Lewis, president of the Lewis Group of Companies’ Nevada division. “Their new store will add to the strong retail activity at the center, and serve the increasingly significant resident population within the immediate radius.”

The new Safeway is being built at the Damonte Ranch Town Center, which is located at the corner of Damonte Ranch and Steamboat Parkways. The store will measure 62,000 square feet once finished and will serve as the third major anchor for the site after Home Depot and RC Willey. Other businesses at the retail center include CVS, McDonald’s, Twisted Fork and Mountain America Credit Union.

Lewis Retail Centers also plans to develop more space to lease at Damonte Ranch Town Center. The real estate developer pointed to the presence of nearly 19,500 households within a three-mile radius of the center’s location for the increased development activity at the site.

“Now that Damonte Ranch has been built out to include nearly 5,000 homes with another 3,000 homes immediately adjacent, the timing is right for Safeway to build their store and we are happy that the Damonte Ranch Town Center is the location they’ve chosen,” Lewis said. “Safeway will be a welcome addition to the neighborhood and the center.”

Stater Bros. Markets Open at The Marketplace at Calimesa 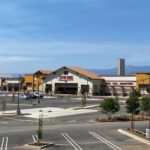 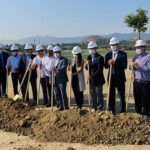